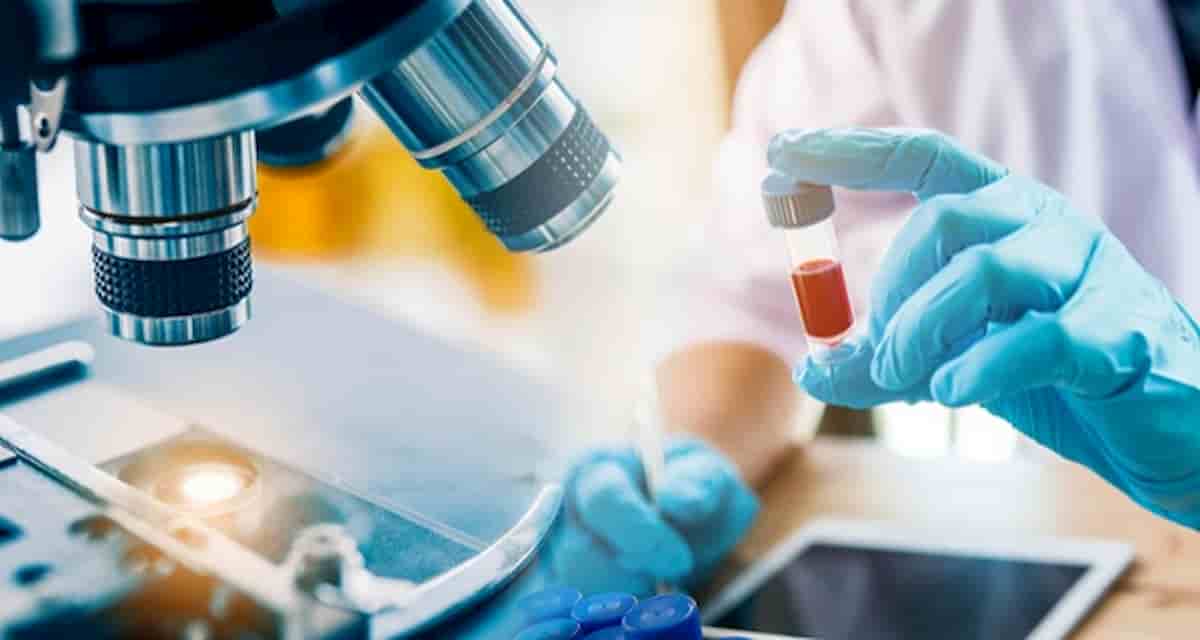 The prothrombin time is a measure of the blood clotting in the plasma. It is checked before operations (preoperatively) and during treatment with the so-called vitamin K antagonists. The prothrombin time is standardized by formula and given as an INR value (International Normalized Ratio). The higher the INR value, the slower the blood coagulates.

What is the prothrombin time?

The prothrombin time is a measure of blood clotting. Blood clotting is an essential process in injuries and describes the transition of the blood from a liquid to a solid-state. A network of fibrin (a large protein molecule) is created, which closes off injured vessels in conjunction with a plug of blood cells. Various coagulation factors are involved in this process. With the prothrombin time, the doctor examines the functionality of the so-called vitamin K-dependent coagulation factors.

Which value is average?

Using reference curves, the prothrombin time is measured in seconds and then converted into a percentage value (“Quick value”). Quick values ​​from 70 percent are considered normal. However, since the Quick value varies depending on the laboratory method used, the INR value has prevailed, especially when monitoring anticoagulant therapy.

Why is the blood PTZ measured?

The PTZ is a necessary coagulation test to check whether the blood is clotting properly in the body.

In particular, the PTZ checks the formation of certain blood coagulation factors.

The PTZ is used to check the functionality of these vitamin K-dependent blood coagulation factors in particular.

What do lower PTZ values ​​mean?

In medical laboratory diagnostics, a particular unit is used to interpret the PTZ values:

The measured values ​​are not given in seconds but in “percent of the norm” (%).

The addition of thromboplastin to the blood plasma leads to the activation of blood clotting. The number of seconds it takes for a blood clot to form is then measured in the laboratory.

In a second step, this second measured value is then related to normal blood coagulation, and the measurement result is finally given as a “percentage of the norm.” In healthy people, the PTZ fluctuates between 70 percent and 130 percent. A measured value of e.g., 50 percent means that the patient’s sample coagulates about half more slowly than on average in healthy people:

The conversion of the second’s values ​​into “percent of the norm” values ​​means the slower the blood coagulates (the clot formation takes longer concerning the seconds), the lower the PTZ value that comes out in the end.

Low PTZ values ​​can be found at

Liver disease (e.g., cirrhosis of the liver) – the liver does not produce enough blood clotting factors,

In PTZ, the coagulation activator thromboplastin is used to activate blood clotting. However, there are many different manufacturing methods for thromboplastin that pose a significant problem:

Because each thromboplastin, unfortunately, provides a different second reading with the length of blood clotting, depending on the manufacturer.

Therefore, the same patient will get a different PTZ value with each thromboplastin.

These PTZ values ​​cannot be compared with one another.

For this reason, the WHO (World Health Organization) initiated the creation of internationally valid guidelines for the standardization of PTZ measurement as early as the 1980s. The result of this standardization is the so-called “International Normalized Ratio” (INR).

With the INR, the number of seconds measured after the addition of thromboplastin until clot formation is related to the coagulation time of a standardized normal plasma. Then a correction factor (“International Sensitivity Index” – ISI) comes into play, which considers the manufacturer’s effects of the particular thromboplastin used. The reagent manufacturer or the medical laboratory must determine the ISI value based on the WHO standard plasma.

According to the formula shown, an INR value of 2 means that the patient’s clotting time is twice as long as normal plasma (provided a thromboplastin with an ISI of 1 was used).

The reference range is 10-12 seconds. This narrow range of norms has probably contributed to the fact that not the raw value is usually used, but the quick.

The prothrombin time is needed to calculate the DIC score. The measured value may have to be requested from the hemostasis laboratory, as it usually does not appear on the laboratory results.

The name prothrombin time is a historical misnomer. It dates back to when prothrombin or thrombin was discovered as one of the main factors in blood clotting, and it was assumed that the prothrombin time would mainly reflect the effect of this clotting factor.