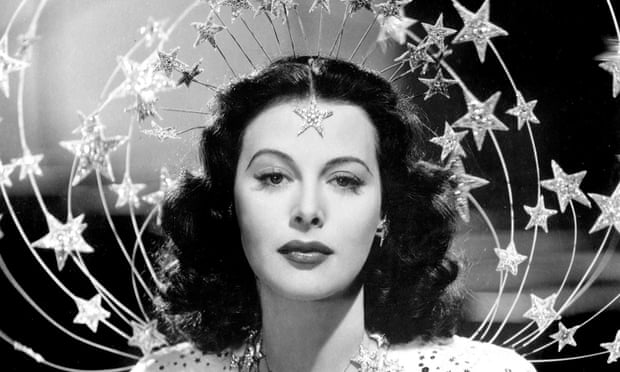 Hedy Lamarr was for many years considered the most beautiful woman in the world, an actress who dazzled audiences in the great productions of the so-called “golden age” of Metro-Goldwyn-Mayer. In the 30s and 40s she shared the bill with actors of the stature of Clark Gable, Jimmy Stewart, and Spencer Tracy and her face was the inspiration for Snow White and Catwoman.

Known for her roles in classic cinema, Hedy Lamarr was much more: inventor, engineer and ‘mother’ of technologies that today make our lives much easier

But what few knew at the time was that Lamarr also had a prodigious mind for inventions and some of her discoveries have ended up being key pieces of technologies that we use daily today such as Bluetooth, WiFi or GPS.

Lamarr, born in Austria, was a self-taught inventor. She never had a formal education as an engineer and from a young age she decided that her main career would be film. She attended classes at director Max Reinhardt’s Berlin academy and began acting at the age of 16 under her real name, Hedy Kiesler.

Disenchanted by the excess of control she exercised over her life – it was he who forced her to stop acting – and her friendships with Hitler and Mussolini, Kiesler decided to abandon Mandl. She disguised herself as one of the domestic helpers to escape her house and she went to London to meet in person the American producer Louis B. Mayer, whom she convinced to give her a contract with MGM. In the US, she changed her last name to Lamarr in honor of the silent film actress Barbara La Marr.

Her first film in the US, Algiers was a huge success and made Lamarr one of the most well-known stars and demands of Hollywood. In the following years she participated in several blockbusters such as Boom Town or La Dama de los Tópicos.

The outbreak of the Second World War, however, rekindled her interest in engineering. Lamarr had an innate talent for mathematics and physics and enormous creativity in solving complex problems. It was she, for example, who gave Howard Hughes – a great friend and lover – the idea of ​​evolving the design of aircraft wings, adding curves and a more aerodynamic shape inspired by the body of fish and birds.

Lamarr worked on ideas as diverse as new traffic signs or pills to transform water into soft drinks, but his most important invention was a frequency hopping radio transmission system, designed to prevent the torpedo control signal from being interfered with.

It occurred to him during a chat with his Hollywood neighbor, composer George Antheil, in the summer of 1940. The idea of ​​communication via an ever-changing frequency synchronized between sender and receiver had crossed the minds of some inventors and scientists in the past, like Nikola Tesla, but none had been able to create a device capable of making it happen.

Bringing together Antheil’s expertise in using synchronized pianos for his compositions and Lamarr’s mathematical genius, both created a mechanism similar to pianist reels that synchronized the emitter and receiver changes between 88 frequencies. They submitted their application to the patent office on June 10, 1941, and the patent was granted on August 11, 1942.

Lamarr gave the patent to the US Navy in the hope that it would be used to create torpedoes that the Germans would not be able to stop, but army officials concluded that the invention was too bulky to be practical.

Lamarr was ahead of her time. The discovery of transistors in the late 1940s turned things around and the updated device in a more compact size was finally used in 1962 during the Cuban Missile Crisis.

The role and importance of the actress as an inventor was finally recognized in 1997 by the Electronic Frontier Foundation but the recognition came late. Although Lamarr passed away three years later, in 1997 she was living in seclusion at her home in her Florida and refused to attend the award ceremony, preferring to send a recording of thanks.