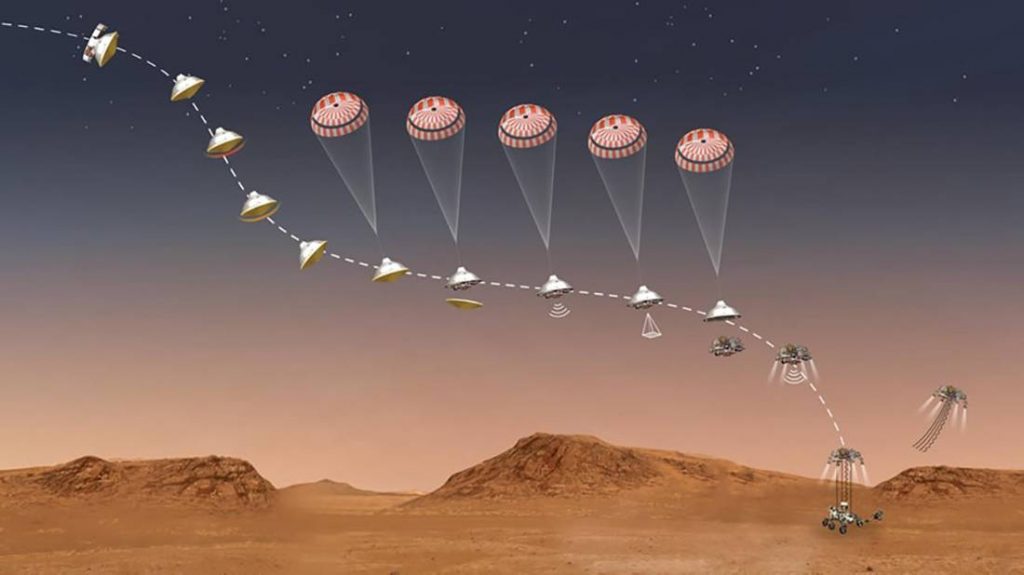 That day NASA’s Perseverance vehicle will reach the red planet, according to scientists from the institution.

The ship will be in charge of capturing images, collecting samples and capturing sounds – such as that caused by strong winds – during its mission, according to information from NASA, which also mentions that the sound forms there are different from those on Earth, due to which has an atmosphere with a higher density and a different composition. For this reason the emission and propagation of sounds is affected.

In addition there will be another experimental microphone that will be responsible for recording sounds during the entry, descent and landing of Perseverance. Stages in which you could hear the pyrotechnic devices that go off when the parachute is released, the wheels creaking against the ground and the roar of the engines.

NASA also stated that: “A key objective of the Perseverance mission on Mars is astrobiology, including searching for signs of ancient microbial life. The rover will characterize the planet’s geology and past climate, pave the way for human exploration. from the Red Planet and will be the first mission to collect and store Martian rocks and regoliths. “

“Perseverance’s sophisticated science instruments will not only aid in the search for fossilized microbial life, but will also expand our understanding of Martian geology and its past, present and future,” said Caltech’s Mars 2020 project scientist in Pasadena, Ken. Farley.