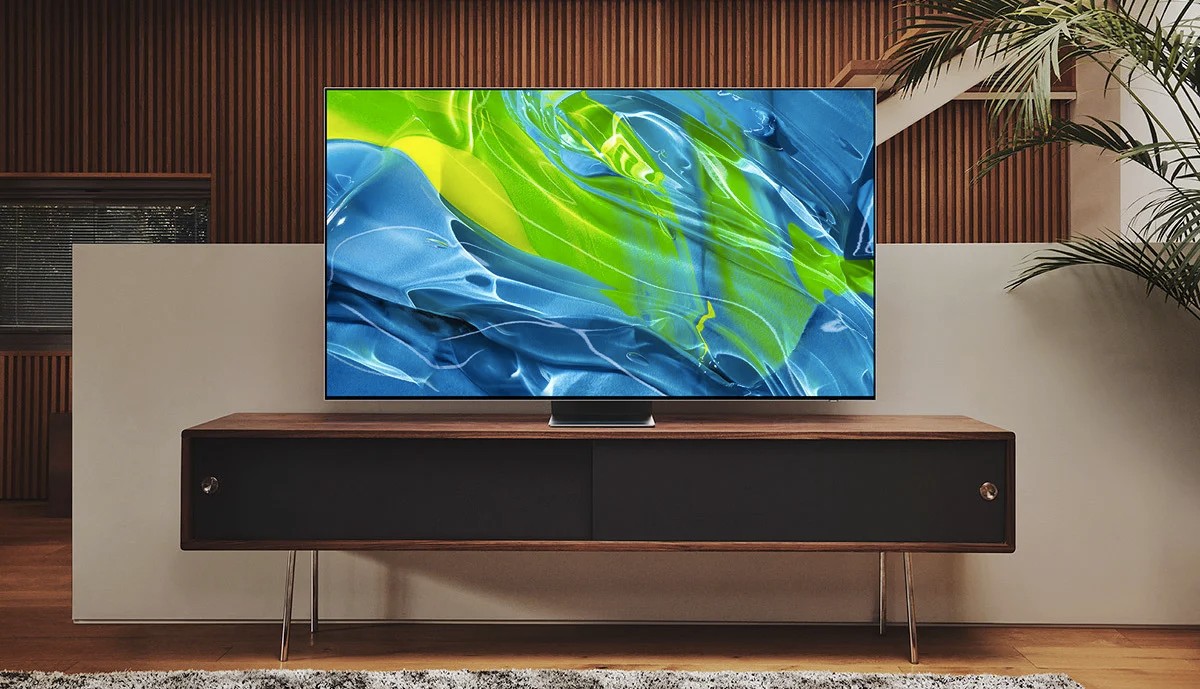 The C-series OLED televisions are the ones we like the most within the LG portfolio. And they are so because they incorporate the most relevant technologies of the superior series, they do not sacrifice any vital innovation, and their price is more competitive.

We have analyzed them for many years, and none of them disappointed us. Hence, it is understandable that we waited for the opportunity to test the new OLED C2 that this brand offers us this year with expectation.

However, we saw it in action at the end of March at the LG offices. Even more interesting, we were also able to talk at length with the technical manager of this brand about the improvements implemented in the new C2. And they promise.

As we expected, the most relevant is that it incorporates one of the new third-generation OLED Evo panels, not a second-generation organic matrix like last year’s C1 model.

Before moving on, it is worth spending a few minutes reviewing how the third-generation OLED Evo panels that this year incorporate the C2 and G2 series of the second-generation organic matrices differ. The most relevant improvement introduced by LG in the OLED TV panel that we are about to analyze is its greater brightness delivery capacity.

And it is that, according to this brand, the OLED Evo panel of the C2 model is 20% brighter, and that of the G2 series is 30% brighter. The latter can allow itself to deliver more brightness thanks to the fact that it incorporates a heatsink that will enable it to evacuate residual thermal energy more efficiently.

The OLED Evo panel of the C2 model is 20% brighter, and that of the G2 series is 30% brighter than the second-generation OLED matrices.

In addition, to increase the precision with which OLED televisions with Evo panels reproduce color, LG engineers have modified the structure of the matrix, acting on the layers responsible for the restitution of red and blue colors. They have also added a new layer to reproduce the green color, which, according to this brand, has a noticeable impact on the light delivery capacity of the television.

However, this is not all. Another relevant quality of OLED Evo panels is that, according to LG, they are 20% more efficient than arrays with second-generation organic diodes.

The base is more compact this year, although it does not compromise stability.

The design and finish of this TV are essentially the same as last year’s C1 model, although several aesthetic differences between them are worth, not overlooking. We will delve into them in the following paragraphs, but before doing so, it seems fair to me to notice how stylized LG’s OLED televisions are.

Its frames are skinny, and the self-emissive nature of the organic diodes allows the panel to be only 7mm thick even though, as we have seen, LG engineers have introduced a new layer in the Evo matrix. The module in which the processing logic and connectors reside increases the thickness of the television to 45 mm, but it is still a measured figure.

As we can see in the following detailed photograph, the central base of the C2 model is more compact than the one used by the C1 last year. The base of this latest television extends almost from side to side of the panel, but the new one is only 47 cm wide.

On the other hand, in the C1, some connectors, such as the Ethernet port or the antenna socket, reside in the back of the polycarbonate module that contains the circuitry. Still, in the C2, as we can see in the following image, all the connectors are housed in this plastic enclosure profile.

This new design allows us to install the TV closer to the wall if we use a thin VESA mount, so it seems like a wise change. The power cable can be easily stored in a compartment of the rear module so that it does not bother us if we install the TV on a wall bracket.

The software of this TV maintains the level of previous years.

It allows us to move around the interface with minimal latency, and, in addition, the time that the C2 spends in starting and closing an app is reduced, so in this area, I have nothing to object to. None of this is new if we keep in mind that webOS has been at an outstanding level for many years.

One of the novelties of webOS 22 is that users can now create their profile so that when they turn on the television and identify themselves, the interface acquires the distribution and aesthetics they have previously specified. This feature is helpful if several people regularly use the TV.

WebOS 22 allows us to transform this TV into a giant smart speaker compatible with Google Assistant and Amazon Alexa.

In addition, this platform proposes we transform the television into a giant smart speaker. This means it can remain listening, even when we have turned it off, to allow us to interact with the voice assistant like any intelligent speaker. LG TVs are compatible with Google Assistant and Amazon Alexa.

On the other hand, the Home Dashboard app allows us to use our television as a nerve center through which we can access the devices we previously connected. This feature is desirable if we are interested in home automation and have appliances with an Internet connection because we can control them using the television.

As far as factory calibration goes, if my memory serves me right, and I guess it doesn’t, the new C2 is essentially nailed down to last year’s C1. It’s reasonably well calibrated, though, in my opinion, the TVs that offer the most convincing cinematic aesthetic are the high-end models from Sony and Panasonic.

This television comes well calibrated from the factory, and, in addition, it allows us to activate the ‘filmmaker’ mode by default.

Of course, LG has opted for the filmmaker mode since it was released, so, on paper, if we keep it activated, we will recover the director’s aesthetic commitment in the films that use it.

In any case, the option for purists, and the one we recommend to the most demanding hobbyists who can afford it, is none other than to carefully calibrate it with a probe and a professional adjustment tool. This television allows us to act on a wide range of parameters to fine-tune its image quality, so I have nothing to object to in this area.