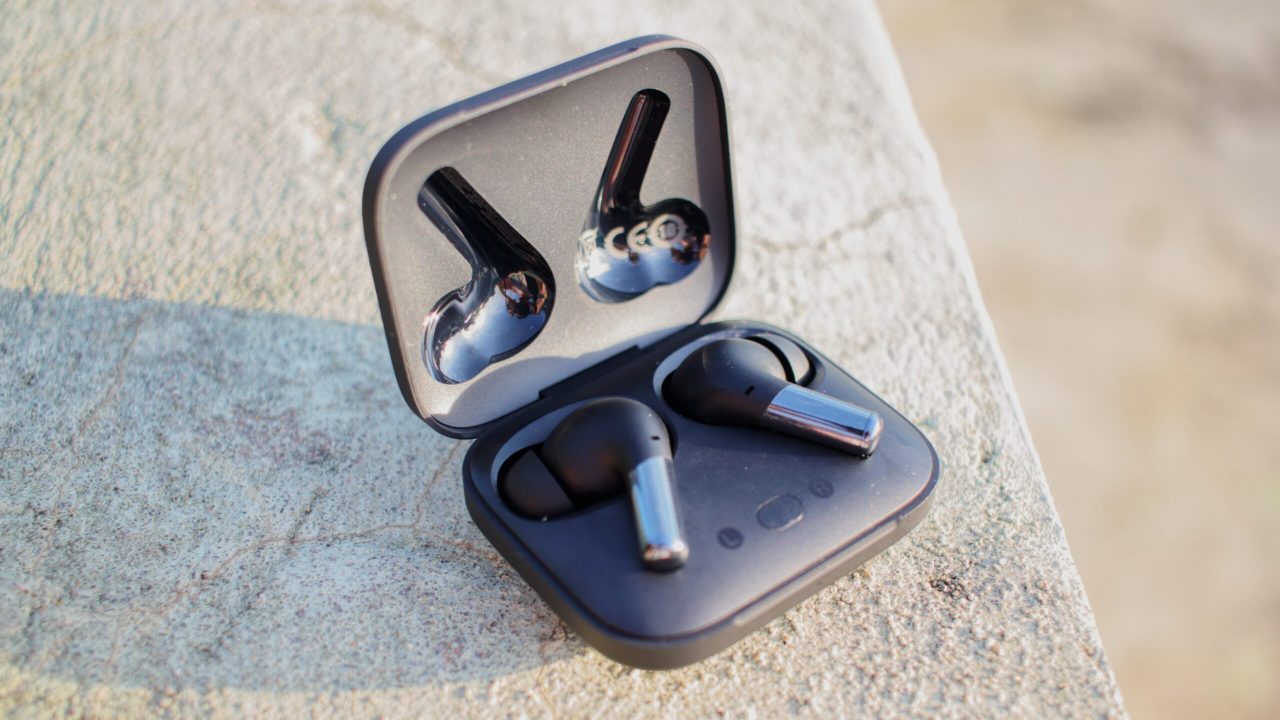 OnePlus is no longer a brand that focuses on a single product. For years now, it has been launching several high-end models in each financial year, and it has also been offering mid-range and entry-level terminals for some time.

Even their foray into headphones and accessories is not new, but it is that they get into the high-end fight in this segment.

Let’s clarify, an affordable high-end, we are not talking about headphones that cost 400 or 500 euros. The OnePlus Buds Pro was announced in July and is now available for pre-order.

The company’s proposal is clear: good quality headphones, great sound, active noise cancellation, and everything that can be asked for in battery: autonomy, fast charging, and wireless charging.

Although we will talk more in detail in the application section, we must highlight in this analysis the ability of the OnePlus Buds Pro to adapt to our way of listening.

If we need to raise the bass or treble a bit because we don’t hear the same as another person, the mobile connection application allows us to edit this.

And yes, it shows when listening to music, incredibly, not so much in podcasts or calls.

The maximum sound is loud enough that I don’t want to use it, and it still hasn’t gone as far as distortion.

Good noise cancellation, but not the best

We cannot deny that when activated, there is a notable decrease in ambient noise, but it is not as spectacular as in the OPPO or Sony models. It is more similar to what is seen in somewhat cheaper headphones.

And that the company boasts of being able to cancel no less than 40 dB, a not insignificant figure. In our tests, we have seen how noises such as the air conditioning are canceled very correctly, but not so much that of the keys when typing or on the television.

Of course, we are talking about cancellation without music. If you activate any audio, the effect is more significant, but some sounds are still filtered.

In addition, it is appreciated that in addition to being able to activate it to the maximum or remove it, we can use the transparency mode and an adaptive function, which adjusts the noise cancellation to our environment.

Press instead of tapping

In recent months I have analyzed many headphones from different brands, but these are the first that force me to pinch to execute a gesture.

We cannot activate the functions directly with a simple touch on the headset, and I have found it much more uncomfortable than in other models. I know it’s the way Apple has designed its AirPods, but I see it as a step backward.

The possibility of changing the volume by sliding the lower rod is missing, something that some models of this price already allow. However, it is still more typical of headphones of more than 200 euros.

Also, the one pinch (to pause/play) and two pinches (to skip to the next song) settings are not editable, and only the triple pinch allows you to choose between the Previous music and Voice Assistant on each of the two earbuds.

In this price range, this type of absence is not understood as much as in cheaper models. However, few use these functions.

What has worked perfectly is the detection of use, which pauses the music or whatever we are listening to when we remove the headphones from our ears.
We were surprised by the control application.

As in all headphones of this type, the OnePlus Buds Pro has a configuration and control application installed on our mobile. It is not mandatory to use it, but it is more than convenient if we want to get the most out of the product.

In the case of OnePlus, the app is Hey Melody, a program we have discussed before and also used to control OPPO headphones.

However, this time we have seen more than great news.
OnePlus Buds Pro

To begin with, we can independently measure the hearing capacity to enhance specific sound frequencies in both ears.

We can also see if the seal is correct with one type or another of pads to choose the most convenient from those in the sales package.

Along with these two functions, the Zen mode stands out, which is nothing more than the reproduction of white noise, perfect for resting or concentrating. We can emulate listening to a bonfire, on the beach, or in various relaxing environments.

We have noticed that the sound in this mode is cut off if we do not leave the app in the foreground, but it is possible to save the sounds in the headphones and solve this problem.

What does not convince us is how to activate it, with a very long press on a headset that is sometimes not well detected.

One of the best aspects of these headphones is autonomy. The brand promises up to 38 hours of freedom, although it depends on whether we use the cancellation, whether we listen to music or speak, and the volume.

But we must also talk about the fast Warp Charge, which allows us to have up to 10 hours of music with just 10 minutes of charging, something critical if you are one of those who frequently run out of battery and forget to set the headphones.

And to round out the play, Qi wireless charging. It’s not particularly fast, but it helps, and it’s very comfortable to get used to leaving the headphones on a charger on the table when needed.