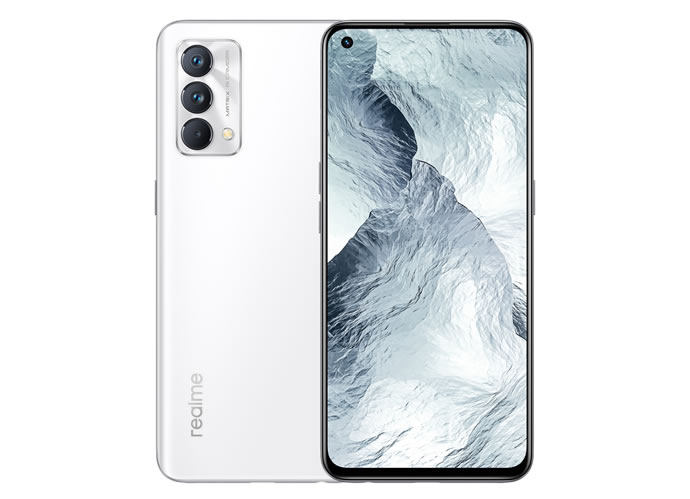 We went through the analysis of the realme GT Master Edition that arrive as the culmination of the work carried out on numerous terminals by the Chinese brand.

We have chosen the headline to express that he responds to everything you throw at him or your own needs. Photography is going very well; an outstanding fast charge, high-end gaming, and, in general terms, it gives an exceptional experience.

Thanks to the fact that realme gives us a cover ready and designed for that previously mentioned rear of the realme GT Master Edition with its vegan leather, and the truth is that it is appreciated, we are facing a lovely mobile designed by Naoto Fukasawa.

Especially in the back, since the front, with that hole in the screen at the top, follows what is stipulated by many other mobiles.

The metal frame on the side takes us back to relive what was once Samsung’s Galaxy S5, so once again, and as a whole, the GT Master Edition is loved from the first moment.

Screen: everything says its AMOLED

A premium mobile can require AMOLED 6.43 “and a refresh rate, especially if we want to enjoy that pleasing visual experience that technology offers.

One thousand nits of brightness give it the virtue that its viewing angle is adequate, and outdoors it does not tarnish the experience that this new realme mobile offers at general levels.

The screen itself looks magnificent at many times of the day to complete another of the central aspects of this new realme mobile.

The model we used for the analysis has 8 GB of RAM and 256 GB of internal memory, more than enough to install all the games we want or pull the camera to take pictures and videos.

In general terms, the performance is outstanding, and users’ experience on the desktop is more than perfect.

To extend the notification panel, you have to configure some little things like the battery indicator or the downward gesture. Still, otherwise, the realme GT Master Edition is divine in all its aspects when we manage between apps and games.

Photography: we stay for the night

First of all, we start with the portrait mode of the front camera so that if we know how to configure the embellishment for some photos, it can stand out. Of course, you have to be very careful because, in the vast majority, it beautifies our faces in such a way that it can be unreal.

In fact, in some photos, the brightness given to the eyes was exaggerated. The 32 Mpx front camera does take perfect selfies, and, removing that beautification effect, we will be able to portray ourselves as well as friends or family with a camera that can be the envy of anyone.

Autonomy with a tremendous fast charge

Such fast charging makes this capability one of the most significant advantages when owning the realme GT Master Edition.

By the way, playing Genshin Impact with the phone almost fully charged took two and a half hours of screen time to leave the battery at 30%. It’s not bad at all, so when we go to eat, we put it on charge and have it ready for another good game session.

The behavior of the battery at rest is going well, but it does not reach the great work done by Vivo in its V21 5G.

We have tested Genshin Impact, and it runs perfectly without any issues, lag, or performance.

Of course, the default graphics quality is low resolution, medium shadow quality, and FPS at 30. At the moment, we have tried to raise the FPS to 60 and some of the graphic elements to medium, and the truth is that everything went well.

Everything went well when uploaded to high resolution, shadow quality, visual effects, effects quality, scene detail, and FPS at 60. However, we remind you that the battery will suffer when more resources are used for graphics.

But yes, to enjoy a game of the graphic excellence of Genshin Impact can compensate for having less autonomy.

We will refer to an app called Sloop from realme that is well worth it. Especially for tiktokers who like a video editing application that, with some screenshots, is capable of editing videos that will surely get their many likes on Tiktok and other applications.

It is a better example of the software of the custom layer itself that will surely take on more character in significant future updates and will provide excellent news to users looking for severe alternatives to brands like Samsung or Apple.

As we have said, it is a mobile that responds to everything, including the need of some user who does not want to do without the 3.5 mm audio jack connection for their headphones.

It is a complete mobile in all its aspects in which its fast charge stands out a little with its 65 W and that selfie photography that leaves it in a perfect place; yes, be careful with the embellishment that at 40% already makes many of our photos unreal and then you should not mislead others.