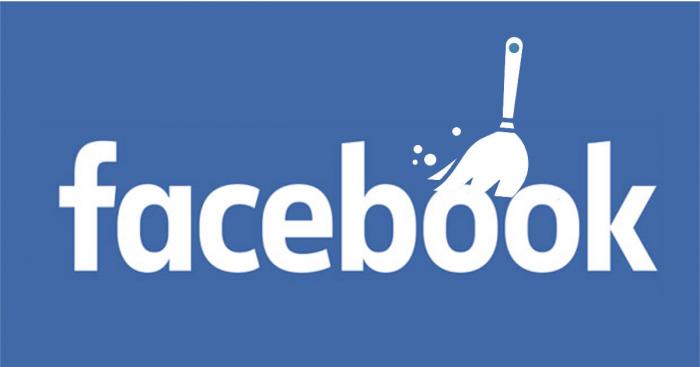 The ‘detoxification’ of the social network is a process that users must do.
Having more than 200 friends on Facebook is having a problem, at least for tech guru Shelly Palmer, who recommends a treatment to clean up excess friendships on the social network without generating enemies.

This purge, necessary according to the author of Digital Wisdom, makes it possible to make a more rational use of Facebook and combat both abuse and the loss of time that browsing this platform has become, for many.

You can’t be interested in so many people, ”said Palmer, who pointed out that this adjustment process is part of the natural evolution on Facebook, although it is common for users to“ get scared ”when it comes to reducing their list of friends.

“But that is not the important thing, the main thing is what this social network is used for. Over time, you realize that Facebook is not very valuable unless you deal with a small group of people, “explained this expert, nominated for an Emmy for his television program Hi-Tech, on the Fox network.

“There is a reason why you have lost contact with your friends at school and just because they found you on Facebook does not mean that you have a lot in common with them,” he said.

His recipe for ballasting consists of two phases, one more polite and the other more drastic.

The first measure is to publish a message on the social network to all followers in which it is warned that a cleaning of friends is going to take place and that only those who ‘like’ or make a comment on that entry will be kept.

Once this initial filter is done, the resulting group of friends is reviewed and what each one contributes of interest to the social network is analyzed.

If in any case it is not enough, Palmer also proposes breaking relationships on Facebook.

The author admits that although the trance is not “pleasant” it carries “real benefits” because it makes the social network a dynamic space for exchanging content with people who “really matter”.

The appropriate number of friends depends on each person, although Palmer puts a reasonable limit at a couple of hundred.

“The parameter that I use is if I would share the photos of my grandchildren learning to use the potty with all those people on the net; if I feel like someone shouldn’t see them, then I don’t have to have them as a friend, “he explained.

“If you don’t want them to see your things, why are you their friend?

If they ask you why you took them out, you can tell them that you were trying to tidy up your Facebook, that it was unmanageable, and you hope they can forgive you, ”Palmer advised.

Another alternative to doing this cleaning of friends would be to open a second Facebook account with a different name and for more private use, an option that, according to Palmer, many users have chosen, while others preferred to delete their current profile and start from zero.

The Facebook Cleanse experience (according to its name in English) has numerous practitioners as evidenced by a simple internet search, where you can find ‘detox’ methods of friends for all tastes.

The Digital Wisdom book was presented at the CES fair in Las Vegas and will be released on February 5.

In this work, in addition to dealing with social networks, Palmer analyzes the accelerated change that new technologies are causing in the world, an “unstoppable” transformation that is difficult to follow for “many people” who will have no choice but to “become new to student ”so as not to be left behind.

“Today’s world is not yesterday’s, although it may seem like it at first glance,” said Palmer, who accepts the theory of visionary Ray Kurzweil, who points out that by 2029 machines will be as intelligent as humans and will be will perform chip implantations in the body, which will mark the next evolution of Homo Sapiens.