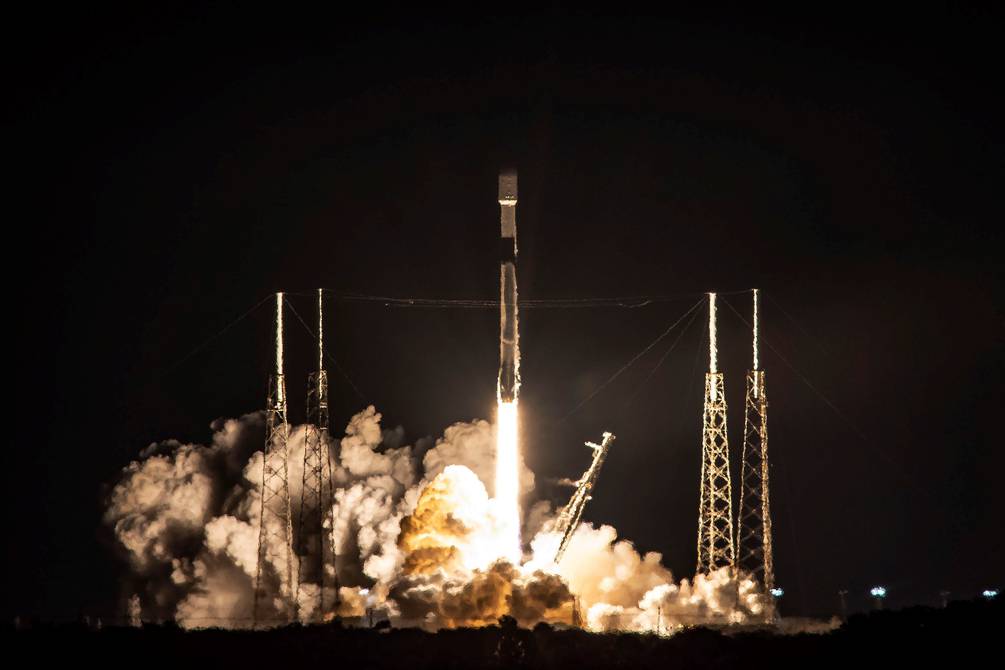 Photographer Trevor Mahlmann captured the moment that shows the rocket passing in front of the Moon.

SpaceX launched its Falcon 9 rocket into space and, along the flight path, the spacecraft passed in front of Luna and left us an impressive display, according to a publication on the Daily Mail website.

Photographer Trevor Mahlmann captured the moment showing the rocket with a stream of fire coming from the engines, propelling it past our natural satellite and into orbit.

The rocket, owned by Elon Musk, was on a mission to deliver 60 more Starlink devices to the Internet satellite constellation; now with 1,095 satellites in orbit.

Mahlman told the Daily Mail that he recorded the video with a Canon EOS R5 camera while standing on Merrit Island, which is 28 kilometers north of the Kennedy Space Center, from where the Falcon 9 took off for the mission.

The photographer said he had plans to capture images of the Falcon 9, but it was a last-minute decision as he had just returned to Florida after seeing SpaceX launch its Starship SN9 rocket on Tuesday, which ended with the huge rocket exploding in a attempt to land.

Fortunately for SpaceX, it was able to do so with its Falcon 9. The spacecraft made a successful landing on the platform ‘Of Course I Still Love You’, located in the Atlantic about 400 miles (630 km) from the coast.

This is the fourth launch by SpaceX so far in 2021 and the 17th in the Starlink series.

It is also the fifth time that phase one of this Falcon 9 rocket has been used, which had been used for the last time before today 27 days ago, a record in SpaceX accounts.

So far the mark was 38 days between two missions. When complete, the Starlink network will consist of 1,440 satellites.

Since 2010 there have been 107 Falcon 9 rocket launches from the company of Elon Musk, who also owns Tesla electric cars, and a NASA partner in the program to send astronauts to the International Space Station in commercial spacecraft from US soil.

The two missions were initially planned to depart today less than five hours apart, but on Wednesday SpaceX announced that it was postponing one of them until today to allow more time for pre-flight checks.