Water on the Moon opens the way to colonize Mars 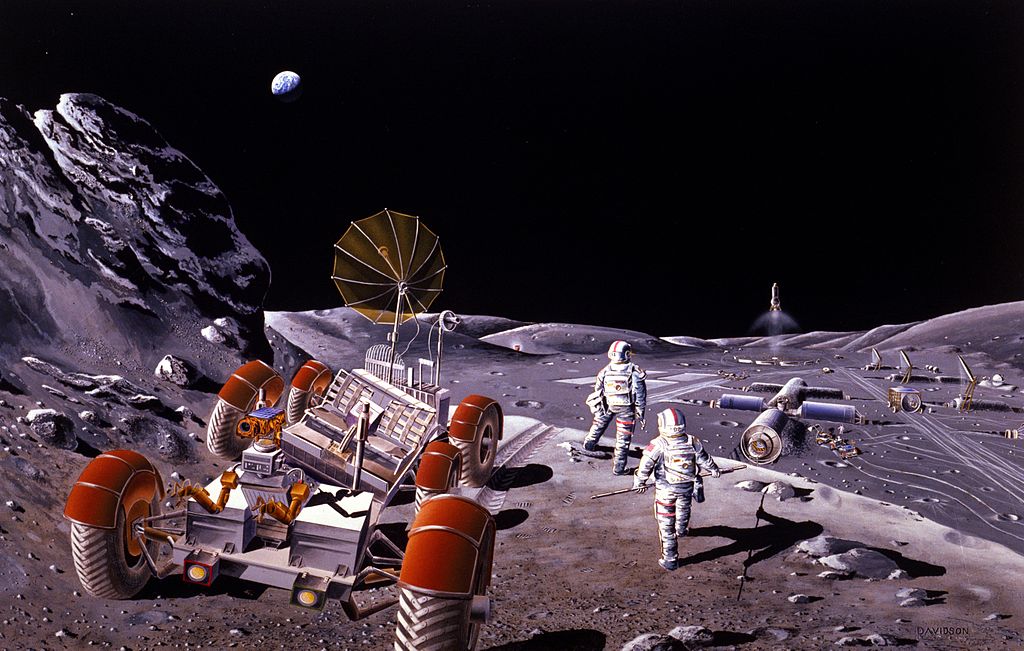 NASA confirmed that there is also this resource in some cracks in that area
The discovery of water on the Moon is essential for humanity to colonize Mars in the future. In fact, it is planned that in 2024 we will return to this satellite, said Julieta Fierro Gossman, a researcher at the Institute of Astronomy of UNAM.

Why is this discovery so important? If we plan to leave the Earth there are three fundamental reasons: first, for human consumption; second to irrigate green plants and thus produce oxygen to breathe and obtain food; third, for fuel, because if we decompose water into oxygen and nitrogen by hydrolysis when they come together again, it is a great fuel to return to Earth.

Some years ago NASA launched the infrared telescope called SOFIA, which is on board an airplane. He discovered that there is buried ice in the polar craters of the Moon. “Surely they are comets that have fallen there, they have buried themselves and since the sunlight never comes, they are frozen.”

The idea, she said, is to establish human missions around these craters, so that they are relatively close to the vital liquid.

For their part, Canadians have designed a robot specifically to fetch water. However, NASA confirmed that there is also this resource in some cracks in that area. “This is very important because it is easier to extract the H2O from there than to enter a very deep crater.”

The extension where these cracks are found is approximately 200 by 200 kilometers in size, although the liquid is not very deep there is it in small quantities.

From the Apollo missions the astronauts brought back lunar dust that scientists have experimented with. In fact, they have already managed to grow radishes. They mixed this powder with glue and created a material for 3D printing.

They have been able to produce various tools and most importantly: the bases of the solar panels that will provide energy for space missions.

In the future, when there is already a lunar community, they will be able to distill water, use it for human consumption and have all the energy necessary for daily life.

Currently, there is a controversy about whose water is this? For example, the international regulation says that all the stars belong to humanity, a subject still questioned in the United Nations.

More than four thousand extrasolar exoplanets have been discovered and several of these very similar to Earth. If there were aliens, what would they say about us claiming to be ours? That has to change, said Julieta Fierro.

In the case of international waters, the fish belong to whoever catches them. So who owns the water in those craters on the Moon? Who gets it has to share it?

Resources on the Moon

Taking a kilo of matter from the Earth to the Moon costs a million dollars, because for every kilo a ton of fuel is needed to transport it. Therefore, it is vital that resources exist on the Moon for human missions.

The countries that have discussed this issue are Israel, India, Japan, China, Russia, the European Union, and the United States, the latter having partnered with Canada. In addition, “the first country that takes a woman to the Moon will never be forgotten, this space race has political ends.”

There is still a long time to go to create a lunar base where people can live, because the conditions are very difficult. Everything has to be encapsulated, the cosmic rays that reach the surface are lethal and meteorites fall all the time. Astronaut helmets always arrive pierced. “It is very complicated and getting to Mars will be even more so.”

“We humans like to dream big, but it is very important that we do these projects. Technology that benefits us in the long run is thrown from basic science, such as cell phones, GPS, video calls, in short. I wish Mexico would do it more frequently ”, she concluded.