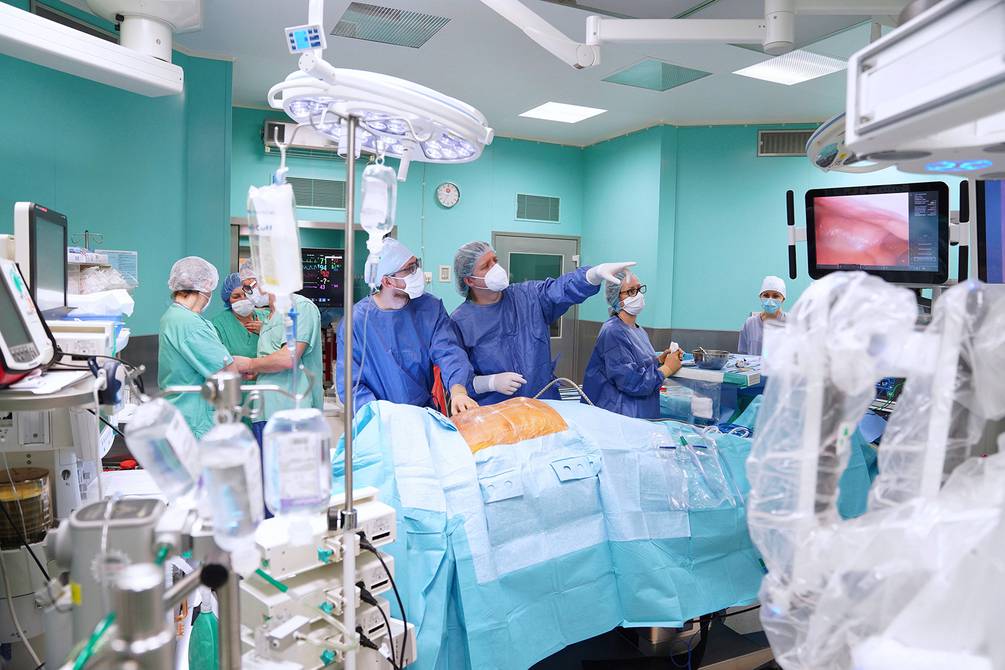 The robot, known as Da Vinci Xi, had previously been used in operations with total anesthesia, but not in people awake because of the risk.

This Wednesday, technology and medicine have marked a new milestone when a successful removal of a malignant kidney tumor was carried out for the first time in the world thanks to a surgical robot in an awake patient, during an intervention carried out at the Molinette Hospital in Turin (north of Italy).

This was reported by the doctor in charge of the operation, Paolo Gontero,

The robot, known as Da Vinci Xi, had previously been used in operations with total anesthesia, but not in people awake due to the risk of movement, explained the director of the hospital’s urology area, who carried out this pioneering intervention.

The patient is a 62-year-old woman who had “traveled the country and the most prestigious hospitals” in search of a solution for a “deep” malignant tumor of more than 5 centimeters in the kidney, since she could not undergo an operation under Total anesthesia due to having only one lung from a previous cancer, Gontero explained, noting that the possibility that he would not wake up from sedation was very high.

“I told the patient that her case was extremely complex, since robotic surgery, the only technology that would allow us to remove a tumor of these dimensions with a minimally invasive way and saving the kidney, had never been used in an awake patient and , therefore, I could not assure him of the viability of the intervention ”, said the specialist.

The use of the Da Vinci Xi robot was “mandatory”, according to the urologist, who did not believe it was safe to use the “traditional open-air” technique or laparoscopic surgery -with a small camera- “due to the risk of spreading the tumor, in the case of a mass of liquid content in a patient who was at risk of moving ”.

The operation directed by Gontero has lasted two hours of robotic time, has required four operating arms of the robot and has used “innovative technologies of three-dimensional reconstruction,” explained the City of Health of Turin, the health complex in which it is located the Molinette Hospital.

The patient, awake at all times, has been able to continue the intervention and, excited, has thanked the medical staff at its conclusion. “Thank you for giving me a second life,” said Gontero.