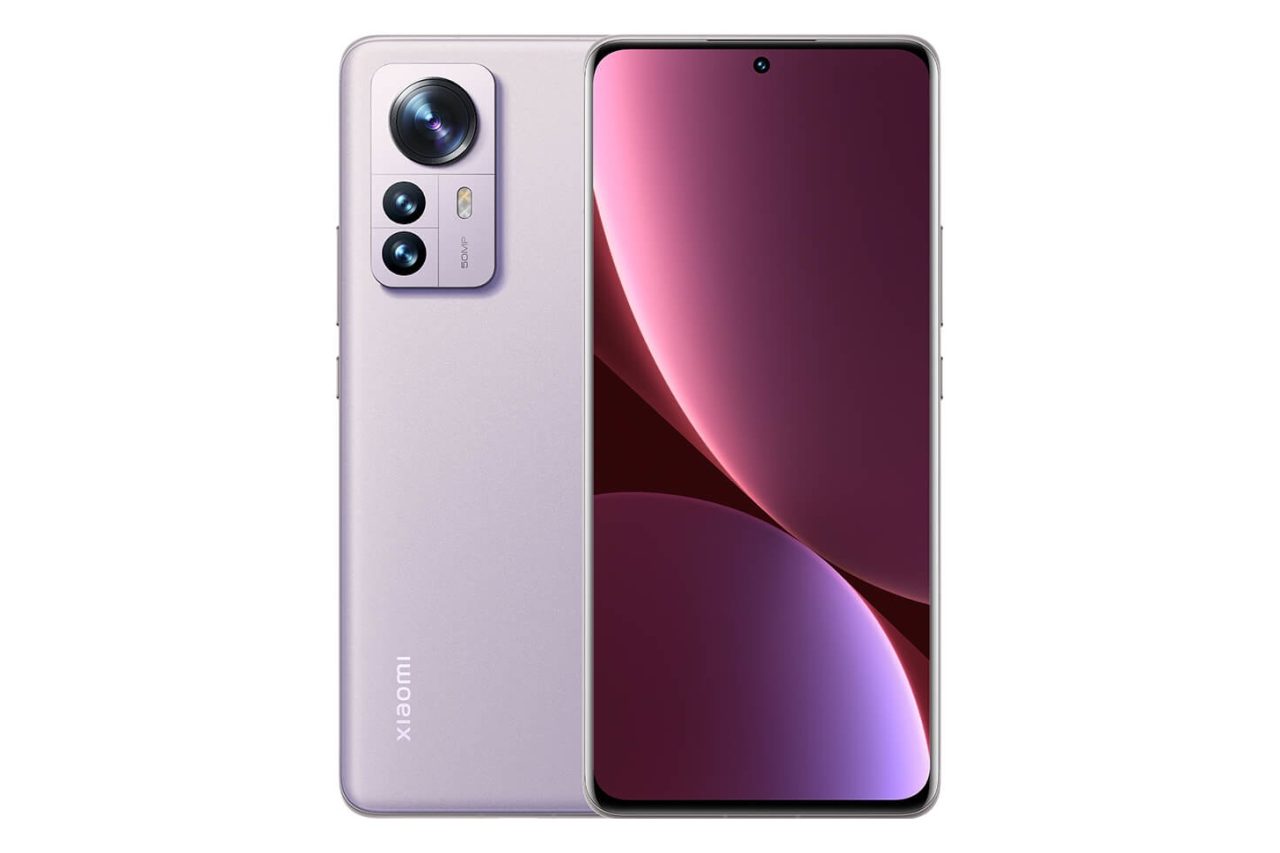 Compact (or, at least, not so big), powerful, and with a top-of-the-line photographic section. Xiaomi’s plan to conquer the high-end consists of two weapons: the Xiaomi 12 Pro and Xiaomi 12. The 12 Pro arrives with all the hardware arsenal, but the Xiaomi 12 plays with the size trick without giving up the power.

We thoroughly analyze Xiaomi’s most compact high-end. Despite having some cuts compared to the Pro variant, the model is considered one of the best phones in the premium segment. It fits nicely in your pocket and takes spectacular photos, although it is far from perfect.

If you liked the design of the Xiaomi 12 Pro, you would like the Xiaomi 12 since it is precisely the same, although more minor. The back is finished in matte glass that doesn’t slip or attract dirt, at least in this purple color. The bezels that cover the phone are aluminum, just like its older brother.

The feeling is the same as on any top-of-the-line phone. Xiaomi has used the same materials as in the Pro version, good news for those who opt for the little brother attracted by its size. Being compact does not have to have lower final quality.

The metal camera module is the protagonist in the back, protruding significantly from the body of the terminal. The primary sensor captures all eyes, leaving the ultra-wide angle and telemacro sensors in the background at the design level.

The slight curvature of the back helps to hold it somewhat, which, added to how narrow it is, makes it one of the best one-handed phones. The button panel is very well finished and, being a compact mobile; it is easy to reach both the volume buttons and the power button. It’s metallic, it doesn’t dance in the least, and the pulsation is exceptionally solid.

At the top, we find something quite curious: a separate speaker for stereo sound. The usual thing is to find only one speaker at the bottom, accompanied by the call speaker, but Xiaomi wanted to include two. The infrared port stands out at the top, along with the Harman Kardon signature.

Let’s look at it from the bottom. We found the other speaker, the tray for the nanoSIM card, and the USB type C port, the same configuration we already saw in the Xiaomi 12 Pro. That keeps most terminals in the high range, without a headphone jack trace.

Looking at the mobile from the front, we find a reasonably used act, touching 89%, according to GSMarena. It is a mobile with a curved screen, so the side bezels are practically invisible, and the viewing sensation is all-screen. There is a small front perforation that is not too distracting, as we got used to it after a few minutes.

The screen is the most significant cut of the Xiaomi 12 compared to its Pro variant. In this case, we have a 6.28-inch panel with AMOLED technology, Full HD + resolution, and a 120Hz refresh rate, but frequently far from the current LTPO 2K panels. Adaptive. Generally speaking, the screen quality is excellent, but there are some issues as soon as we start tilting it.

When the panel is calibrated in the most accurate mode (original color), the viewing angles tend towards green too much as we tilt it a bit. It is somewhat uncomfortable if we have it with a white background, although if we are to carry the mobile with dark mode, we will hardly notice this problem. Yes, we miss some brightness outdoors, so the maximum nit peak is not too high.

Despite this, there are two clear points in favor of the panel. The automatic brightness behavior is perfect, and the calibration is at the best level. The color accuracy in the original color mode is practically perfect, without over-saturating or killing tones. If we are not convinced by the extra warmth gained by activating this mode, we can configure the white balance, styles, contrast, and other values ​​of the way, an excellent MIUI option.

Being a curved panel, we may have a problem with the edges and have had them with the default configuration of the mobile. Being such a “small” mobile, we have found some sensitivity problems in the curves since the hand quickly surrounds the terminal, and when it detects that we touch the curve, it is as if we were pressing it.

Performance: good, although a little at times.

The configuration of Xiaomi 12 hardware invites us to think that the performance will be of category. Qualcomm Snapdragon 8 Gen 1, 8 GB of RAM, and UFS 3.1 type memory are the perfect formula to perform at their best. Despite this, we have had the same problems we saw in the Xiaomi 12 Pro.

Gips
Xiaomi is having issues with sustained performance. The graph shows the inconsistency in the CPU’s number of instructions per second.

The Xiaomi 12 suffers a lot in sustained performance, and it is that the CPU begins to lose steam as we demand it. This means that the FPS rate will drop more than usual after 10/15 minutes in a game of any demanding installment.

Similarly, the performance drops when the battery starts to drop below 30%. It’s not a low enough battery figure for the processor to drop, but Xiaomi limits the CPU quite a bit. The only way to bypass these limits is to activate the ‘performance’ mode, which forces the CPU to work at its maximum under any circumstance in exchange for the power consumption and temperature being fired.

We also found problems with the proximity sensor, an unusual error due to a commitment by Xiaomi to do away with the physical sensor and bet on ultrasound. On paper, when the phone detects that we have our hand or ear closed, it emits an ultrasound that bounces off our ear and gives the signal to the phone to turn off the screen. For practical purposes, it fails a lot and does not turn off the panel in calls, audio playback, etc.

At the benchmarks level, the phone gives the chest Do since the CPU squeezes its capacity to the maximum to obtain a high grade. Despite this, we hope Xiaomi will solve the throttling issue through an update since it is not worth so much fall in a high-end.