You want to leave WhatsApp for Telegram or Signal: which alternative is better? 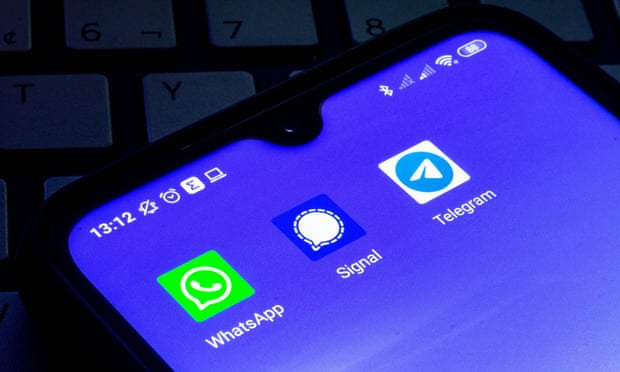 The alternatives to WhatsApp are very complete, but although it may not seem like it, each one has some fundamental differences that can make them more or less suitable for you

After an ultimatum by WhatsApp that many of its users did not like, the app postponed the modification of its rules on information exchange with its central company, Facebook. This temporary rectification failed to prevent the stampede of users towards other messaging applications and now, with the issue of personal data processing on the table, it is time to weigh which application meets the demands of each one.

Telegram offers many functions and has always been the alternative, walking alongside WhatsApp for the past few years. Such has been the influence that the Facebook application has been implementing new functions that Telegram already included. On the other hand, another white whale is glimpsed on the horizon, Signal, probably the least known. Both share some functions and mechanics, however, they differ in terms of the data that link each user.

All three are available in both the Play Store and the App Store, have group chat functions, have multiplatform messaging and allow you to exchange files, photos and videos. They also share encryption for text messages, voice and video calls, specifically, WhatsApp decided to use the same end-to-end encryption protocol technology, called Open Whispers Systems, after its success in Signal.

While in Telegram, end-to-end encryption is only activated in the case of using ‘secret chats’, in WhatsApp and Signal it comes by default in all conversations. So what kind of encryption does Telegram use in conventional conversations?

Telegram shreds the data and stores it on servers in different countries, also separating the encryption keys (codes with which a message is decoded, making it legible) from the data. In this way, it would take court orders from all the countries where Telegram information is stored to deliver specific data.

WhatsApp is by far the application that links the most data to each user, not only personal but even habits and consumption. For example, link phone number to ID, contacts, device ID, purchase history, phone number, location, email, and more.

For its part, Telegram links the user ID with a phone number, contacts and the account name (a nickname that you can use to communicate with other people without having to provide them with your phone number). Linking the contacts can be useful when you change devices or use it on the computer, it speeds up access.

In the case of Signal, the only data that links to the user’s account is the phone number. It has its pros, if you change a lot of device it can be somewhat uncomfortable, but in terms of privacy, it is almost unmatched.

Both WhatsApp, Telegram and Signal share a multitude of functions, so the migration is quite simple, thanks to some interfaces that will be familiar to each other. Although, for example, there is a peculiar function that Signal has that you will not find in any other, the pixelation of faces. The application itself offers the option of blurring the faces of the people that appear in a photograph.

From Signal’s main interface, select the camera-shaped icon at the bottom right, take a photo or select it from the gallery, press the pixelated circle that looks like it has a cross inside and the application will offer to select the face you want to blur or do it automatically. This function can also be used to pixelate posters, marks or tattoos.

Specifically, the features that you will not find in Signal are: Video notes, animated stickers, channels and mass groups (up to 200,000 participants). These functions are included by Telegram, although it has a drawback that has been receiving complaints since the creation of the application.

When you create a Telegram account for the first time, it notifies all your contacts, who were already registered in the application, through a direct message. Something quite indiscreet and uncomfortable. This option can be disabled, but it is enabled by default.

Considering that Signal has most of the functions that you found in WhatsApp, some aspects can cause the scale to tip to one side or the other. For example, the contacts, that is, the application that your family, your friends, your co-workers and even your bosses decide to use.

WhatsApp had been the majority application, so now we will have to see which alternative application your close circles are choosing or take the initiative to tell them what advantages each one offers (or share this same article).

Shortly after the announcement by WhatsApp of the update in its terms and conditions, a tweet from the well-known tycoon Elon Musk was enough to make Signal gain thousands of users. The influence of Musk’s words on Twitter on the evolution of the shares on the stock market (both his own company and others) is more than known and in this case he only had to say “use Signal”.

Not only Musk has positioned himself in favor of this application for privacy reasons. Signal was recommended by authorities such as the Fundación Frontera Electrónica, a non-profit organization that defends civil liberties in the digital world.

Also, another well-known figure in the fields of secrecy, espionage and privacy, Esward Snowden, offered an unquestionable argument for trusting this application: “Here is a reason: I use it every day and I have not died yet.”

When delving beyond the functions and chassis of these three applications, that is, pulling the thread and analyzing their origins, it is normal to drown in a sea of ​​purchases, big company names, founders migrating from one to another.

That WhatsApp is owned by Facebook is something that the application itself declares as soon as it is started. For its part, Signal, formerly known as TextSecure, was created in 2010 by computer security specialist Matthew Rosenfeld, also known by his pseudonym Moxie Marlinspike, and Stuart Anderson, robotics specialist.

Years later, it was bought by Twitter and its main creator then founded the new Open Whisper Systems, in order to continue with the developments. The Open Whispers Systems encryption system was so efficient that WhatsApp itself adopted it. Later, one of the founders of WhatsApp, Brian Acton, left Facebook and invested $ 50 million in Signal. In the end everything is related between the tech giants.

Telegram, however, goes a bit on its own terms, it is an open source application founded by two Russian brothers, Nikolai and Pavel Durov, whose development team is currently based in Dubai, since the regulation of the technologies of the information in his country, Russia, demands to provide information about its users and the founders did not accept.

Telegram’s operating protocols are open, that is, you can know the computer code on which the application is based and how it has been developed. A philosophy that it shares with Signal, whose code is available on GitHub in both its mobile versions (Android and iOS) and in its desktop version.

In the case of WhatsApp, this type of information, its code, is what is called a ‘black box’. All its ‘guts’, algorithms and how they work are opaque and inaccessible to both users and ordinary mortals.