Zeleros: 7 million euros to develop the ‘hyperloop’ in Europe 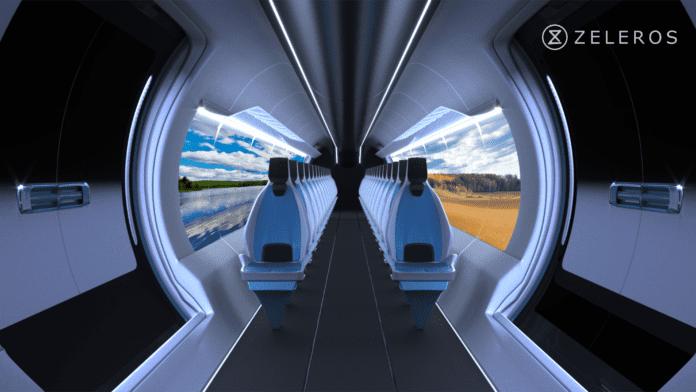 Zeleros Hyperloop has announced this Monday the closing of a financing round worth more than 7 million euros with which it manages to take an important step to develop its version of hyperloop, the “fifth means of transport” and the best alternative for the future to efficiently and sustainably cover long-distance routes for the transport of passengers and goods.

executive director of the company

The funds will be used to promote the development of the hyperloop vehicle and its technologies, thanks to which they are positioned as the best alternative to efficiently cover routes between 400 and 1,500 lilometers, with a special focus on reducing the cost of infrastructure and safety for passengers. The new capital will allow “the development and demonstration of our systems in a real operating environment, bringing Zeleros even closer to a multi-million dollar market opportunity that we hope to capture in the next decade,” said David Pistoni, executive director of the company, in a statement. startup.

The Valencian company opens this new stage thanks to the support of companies such as Altran, the Red Eléctrica Group and also strategic investors at the national and international level, including, among others, Goldacre Ventures (United Kingdom), Road Ventures (Switzerland), Plug and Play (USA), and the Spanish Angels Capital and MBHA. “For us it is key to be able to have travel companions of such relevance and experience in our sector”, underlines Pistoni, who founded the company in 2016 together with David Pistoni, Daniel Orient and Juan Vicén after being doubly awarded in the competition organized by Elon Musk (SpaceX) in Los Angeles.

The next step will be the deployment of the European Hyperloop Development Center in Spain, including a test track to demonstrate the effectiveness of its technologies at high speed. The objective of this project is to accelerate the development of the hyperloop industry in Europe by creating an ecosystem of international industrial, technological and institutional partners. “Hyperloop is a great development that requires the participation of the best in each field, and that is why from the beginning we decided to propose our project in a collaborative way. We combine the incredible human team and Zeleros technology, with the experience of the Spanish industry , allowing to reinforce and extend its leadership in sectors such as railways, aeronautics, infrastructures and electrification “, points out Pistoni.

Pilar Rodríguez, Director of Strategy, Innovation and R&D at Altran, who participates as the main investor, assures: “Altran, as the world’s leading engineering company, acts as a technological catalyst in various strategic sectors. By supporting Zeleros, Altran is accelerating disruptive innovation in a sector, such as mobility, that is reinventing itself. With technologies like hyperloop we are changing the future of mobility. Altran has been collaborating with Zeleros since 2017, and will now bring all its experience and multidisciplinary talent to help the company to accelerate the development of hyperloop technology. “

Miguel Ruiz Dealbert, CEO of the MBHA group, highlights: “From our companies we are committed to supporting technologies and projects that accelerate the transition towards more sustainable mobility. Zeleros has great potential to decarbonize interurban mobility, today covered mainly by regional aircraft Our company ZIUR Composite Solutions will contribute its experience in the development of complex structures of composite materials and automation of processes, helping Zeleros to reduce the time of implementation and commercialization of its technologies “.

Finally, Juan Vicén, Director of Communications at Zeleros, concludes that “this technology will be a crucial tool to strengthen the achievement of the UN Sustainable Development Goals as well as the European Green Deal.” “Since its creation, Zeleros has been promoting the standardization and regulation of these systems to achieve a safe and interoperable system that expands the limits of the Trans-European Transport Network (TEN-T),” he adds.