Vigilante Mode: Spot the robot now participates in raids with the NYPD 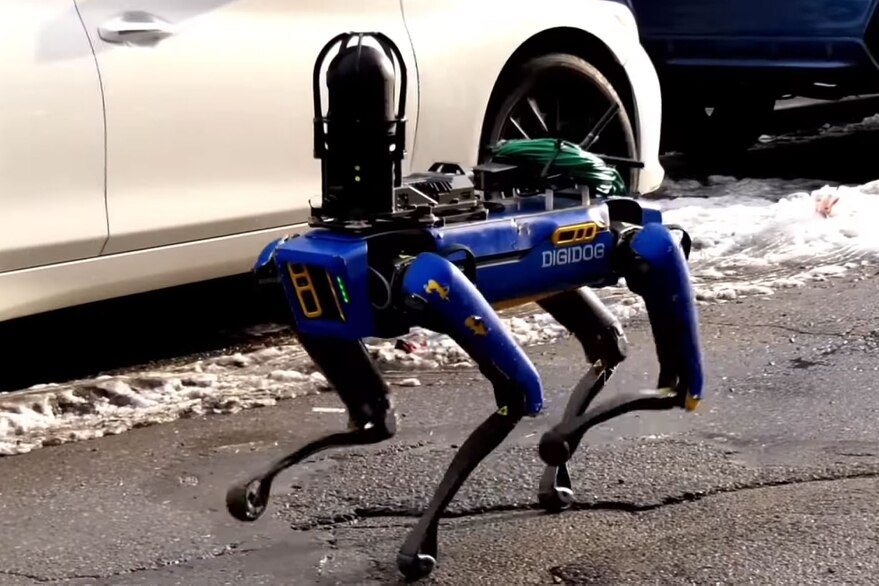 Spot is the quadruped robot from Boston Dynamics that never ceases to amaze by the agility and fluidity of its movements. Equipped with sensors and cameras, the platform is available to take full advantage of its capabilities in various environments, such as monitoring public parks and nuclear power plants. Now, the robot participated in a raid as a partner of New York police officers.

Dressed in blue and equipped with special cameras, a siren, lights and a speaker, Spot was on a raid in the Bronx with a group of NYPD officers. It is one of the many configurations that Spot supports, which in this paper was renamed Digidog.

Previously, Boston Dynamics also revealed various configurations of the Spot, equipped with a robotic arm to further expand its capabilities. “This dog will save lives and protect people and officials, that is our goal,” said Inspector Frank Digiacomo, head of the technical team, quoted by ABC.

Digidog does not have offensive capabilities and seeks to position itself as a tool for police officers to address potentially risky situations, such as a hostage situation. At the moment, the assistant deputies is in a testing stage to evaluate the efficiency of the system in various day-to-day situations faced by the NYPD.